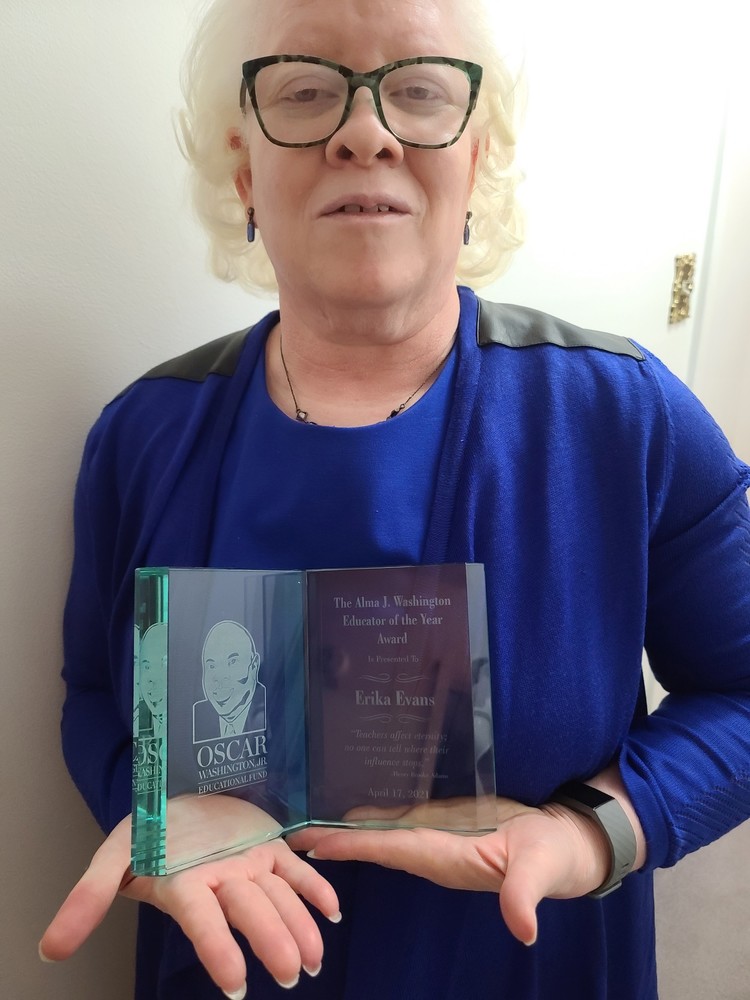 PCSSD Teacher Recognized as Educator of the Year

SHERWOOD, Ark. -- A William Jefferson Clinton Elementary School special education teacher is being recognized as an Alma J. Washington Educator of the Year award recipient in 2021.

Ms. Erika Evans has been teaching for 26 years with nearly 20 years at William Jefferson Clinton Elementary. She has been appointed by Governor Asa Hutchinson as a board member with the Division of Services for the Blind Department of Workforce Services.

Evans will be recognized at the fourth annual Oscar Washington Jr. Awards Ceremony on April 17, 2021. The organization decided to suspend the in-person celebrations for its signature event. Instead, the event will be held virtually for all to attend. The creative technical team crafted a video awards show that featured the ten scholarship recipients and five Alma J. Washington Educator of the Year recipients.